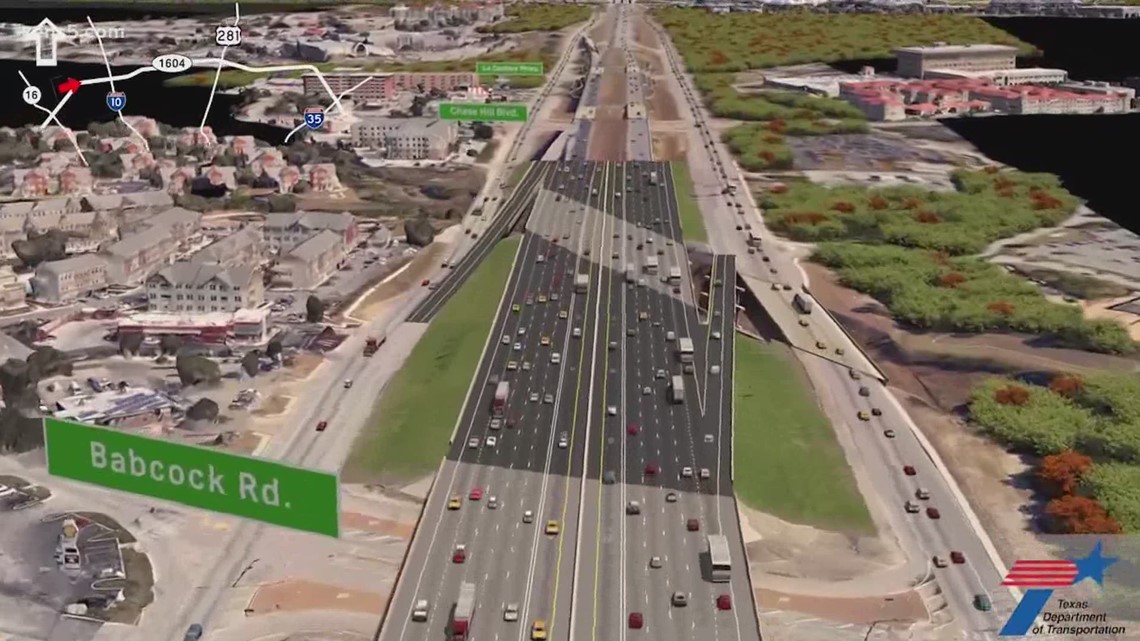 Wicked Ways Tattoos is located in the middle of segment 1. Segment 1 is ready to be completed in 2024.

SAN ANTONIO – Construction is now underway for the 1604 North Loop Expansion Project. The project will likely be completed in segments, starting with segment 1 on the northwest aspect of Bandera Road at I-10.

TxDOT is going from 4 lanes to 10 lanes in the hopes of cutting the journey time down to 80 minutes, in addition to preparing for an increase in the number of tourists on the 1604 loop sooner or later.

Wicked Ways Tattoos is located in the middle of Segment 1. Owner Norman Vesik said he has a strong buyer base.

Open since 2015, Vesik said it has around seven employees and that he and his team have worked tremendously this year.

“It’s bad enough that the crown has happened and everyone has been shut down,” Vesik said.

Now he fears the construction could have an effect on his business.

“I’m sure it’s going to be a tax situation for people to be able to travel and I just hope they’re not so inconvenienced, that it deters them, not just in my business, but, you know, everyone else. business, ”Vesik said.

TxDOT said the project will cut future trips down to 80 minutes. It will even improve capacity with normal toll-free goals and HOV lanes.

Segment 1 will cost approximately $ 148 million {dollars} and is scheduled to end in 2024.

The project also includes housing for cyclists and pedestrians, in addition to various options. Currently, three segments are funded. Segment 2 includes loop 1604 and I-10 interchange. Construction is expected to begin in 2022 and cost $ 291 million. The expected completion date is 2027.

Gina Gallegos, San Antonio District Engineer for TxDOT, said the tasks are funded by a mix of federal and state funds.

“There has been a lot of coordination with our local governments, as well as going forward and trying to get the finances,” Gallegos said.

Gallegos said he held one-on-one conferences with stakeholders, informing them about the project and any closures. She said they would educate them on any upcoming shutdowns, in addition to educating the general public.

“Those businesses where this is being built are going to benefit the most,” said J. Bruce Bugg, Jr., chairman of the Texas Transportation Commission.

Vesik said that even though his business was located in Segment 1, he had not been made aware of any buildings and discovered the project on Monday.

“I think business leaders in the region have every right to know… how are they going to progress? What are the holdups ?” Vesik said.

Vesik said he understood the need for infrastructure development, but said his company, along with other companies, should have obtained the plan.

“They do this to improve traffic. But in the meantime, what are you going to destroy? What are you going to do wrong in the process as business owners? You know, we’re not a business here. It’s not like I’m the Valero building across the street where they employ hundreds of people, ”Vesik said. “And it doesn’t matter. We’re looking to depend on people to come and get to our place, not just to come to work and draw a paycheck. “

Although the completion date for all three segments is 2027, TxDOT said they need to close earlier.