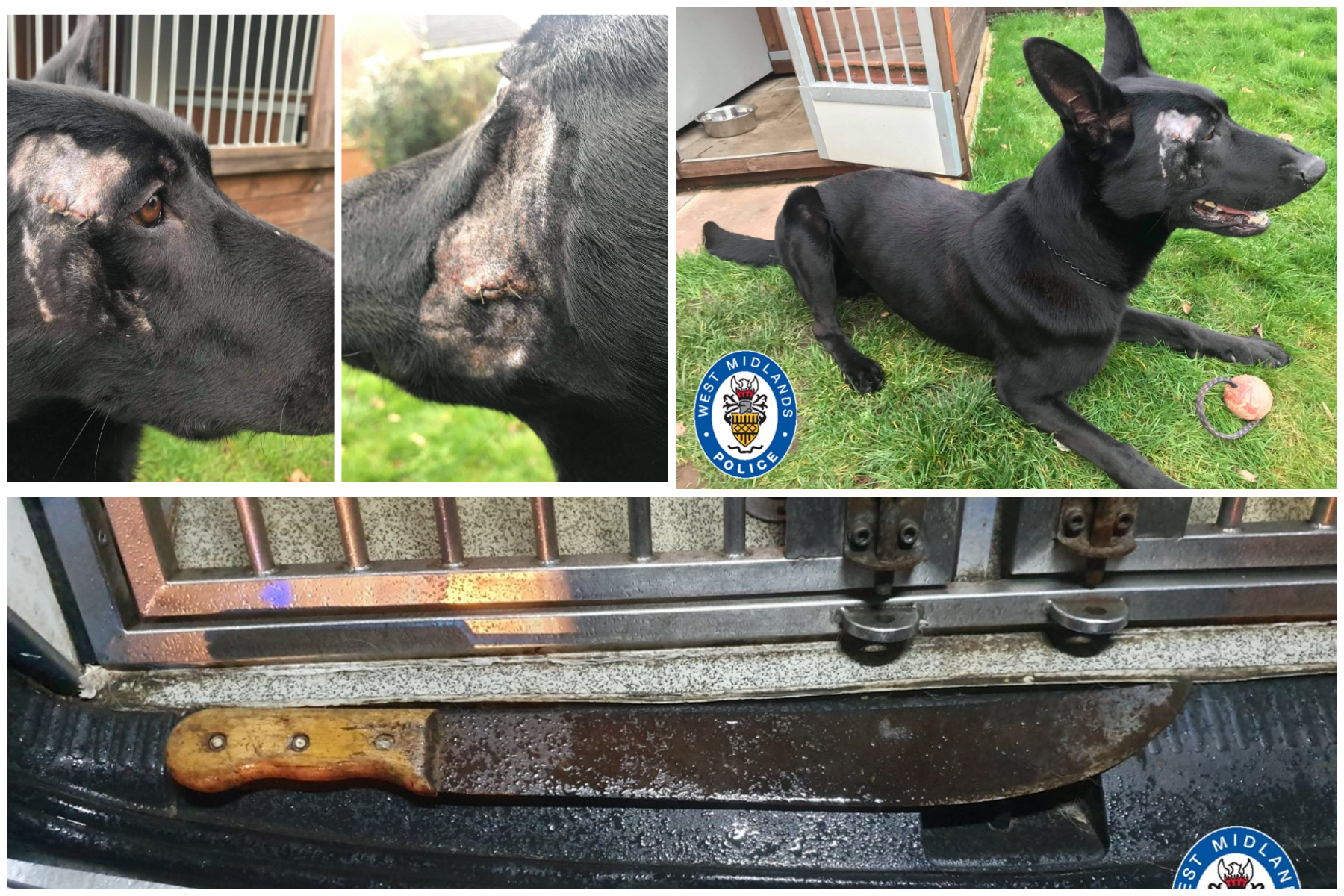 A teenager admitted to causing serious injuries to a police dog after being accused of hacking “savagely” with a machete.

The 16-year-old, who cannot be named for legal reasons, was struck more than 20 times and left police dog handler Stark fearing the animal would be killed, the juvenile court said on Tuesday from Birmingham.

The boy admitted to causing unnecessary suffering to the three-year-old dog, who a prosecutor said was lucky to survive, and had a machete in a public place.

The court heard that PC Paul Hopley and Stark were looking for suspected burglars in Handsworth, West Midlands, at 4 a.m. on November 14.

They were on a housing estate when the boy tried to escape, and continued after PC Hopley identified himself as a police officer, the court was told.

“The officer was able to see him repeatedly hit the dog with what he initially thought was a stick on the head and body,” prosecution Angela Hallam said.

Read more: Man jailed for life after murdering roommate and leaving his body for six weeks

“The man hit it over 20 times and as the officer approached he could see that it was in fact a machete.

“Despite being repeatedly told to put the gun down, he continued to swing the machete wildly.”

The boy was pinned to the ground by PC Hopley, who feared the teenager would kill the dog.

Hallam said that “it was only luck that he got away with the injuries.”

Stark, a German Shepherd and Belgian Malinese cross, underwent surgery after being sedated and had wounds on both sides of his face sewn up. One of them approached his eye, but the dog should make a full recovery.

PC Hopley previously said, “When I saw the injuries so close to Stark’s eye, I feared the worst. I thought he might have been blinded in that eye.

Owner of business along Loop 1604 worried about expansion plan, says he was not told about the plan